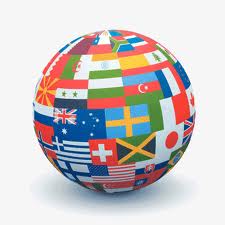 In talking with many students who wish to travel to the United States to begin or continue their higher education there, there are three main concerns that are made prominently which will be pinpointed throughout this post. They are valid and honest concerns but the problem is that the basis of these questions revolves around rumors – not facts.

This isn’t to take away the validity of the questions but rather, to address these rumors that have now become a true belief amongst many Pakistani students.

Get ready because although they may sound a bit controversial, these the most common questions asked by students in Pakistan each and every time!

Misconception #1: I don’t have to take my GRE/GMAT – American Colleges don’t really require it.

Very commonly, a majority of international students believe that any college in America will waive a GRE/GMAT which leads many students skipping this test without thinking twice – until their visa is denied.

While there are some American universities that may not require these tests, most don’t for the sole purpose of the GRE/GMAT: To provide a means of measuring skill level. Very simple, yet very important!

Have you ever heard of the ASS-U-ME philosophy? The, ‘Never assume because it makes an ass out of you and an ass out of me’ idea?

Instead of assuming that American colleges will waive a GRE/GMAT test result, find out and be 110% sure! Don’t assume that just because you’re a super smart student, you won’t have to follow the same exact process that millions of other international students have to follow.

In the U.S., obtaining a Masters Degree carries a much heavier weight in both the academic and professional world since its years of education are much longer than most other countries. It takes a total of 16 years before American students can even apply for a Masters program so what is one more little test to get you where you want to be in life?

Instead of looking for the easy way out or getting into a U.S. university faster, apply this philosophy when it comes to taking your exams required by the American government.

TAKE YOUR TESTS – Remember, it’s to help you, and only you, succeed!

Misconception #2: There aren’t any Pakistani communities in the U.S.

Contrary to this myth, according to Pakistani Embassies in the U.S., there is an estimated population of 700,000 Pakistanis living in America as of 2005 – and that doesn’t even count for Pakistanis with student visas! 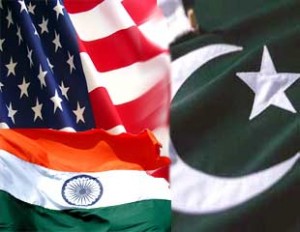 Considering almost 1 million Pakistanis are either living or studying in the United States, there is bound to be a community or two (or 10) within the proximity of the university you’ll be attending. If this doesn’t qualm your fears, then choose a location that is known for being culturally diverse, like the Washington D.C. area.

In Washington D.C., 14% of Washington D.C. speaks other foreign languages besides English. To make that number more realistic for you, that’s 770, 886 people – in one location!!!

What most students may or not be aware of is that American colleges have International Student Offices that are set up to help international students settle in, assist with cultural barriers and locate foreign communities that make our students feel at home. Universities DO understand that international students leave families and friends behind to come and better their lives professionally and academically which is why these offices work as hard as they can to ensure the best experiences for ALL international students.

This is the most controversial and argued misconception of all but do you want to hear what’s ironic?

You won’t hear a peep out of 7,000+ Pakistani students studying in America; instead, you’ll hear this rumor fly around from those who were denied an American student visa!

It would be completely unrealistic to think that every single person in Pakistan would be granted a visa or that there wouldn’t be certain criteria involved for international students to study outside of their mother countries. As a very wise VP once explained:

‘You wouldn’t invite a stranger over for dinner, would you? If a family member or a friend showed up, of course you’d invite them in to have dinner BUT if a stranger showed up and invited himself to your supper, would you not have questions for him or her?’

That same principal applies to the United States.

The American Government is going to ask questions; they are going to make sure you fit the criteria and they will decide whether you’ve met all the requirements to allow you to study in their home!

Obviously, the American Government will be tighter for countries that aren’t as stable economically or politically but that doesn’t mean student visas aren’t given to Pakistani students. Since the Fall of 2005, there has been a 20% increase of visa issuance to Pakistani students and that’s a pretty large number.

If a Pakistani student has been denied a student visa, it had nothing to do with race (otherwise, why would there even be an American Embassy in most cities?) but rather, had to do with a small detail such as NOT TAKING A GRE/GMAT (see above, please), not answering the questions correctly, not presenting yourself professionally or not having all of your required paperwork.

This will sound controversial, but this is an excuse, not a reason. If you didn’t have a visa issued to you, it was something you overlooked and nothing more. Instead of blaming your denied visa on the officer, reschedule and make sure that the next time, all your I’s have been dotted and your T’s have been crossed!

There are many foreign organizations and people that are right here and ready to help students prepare for taking the required tests, learning how to converse properly with visa officers and everything else that falls under student visa preparation.

Use your resources and save the excuses for taking a day off of work!

If you need any help with preparing for your visa requirements, student visa interviews or document preparation, please fill the form out below so that our local representative for Pakistan can contact you with information:

7 Responses to International Students – Common Misconceptions About Studying In America